The Story of Bob.com

The Story of Bob.com 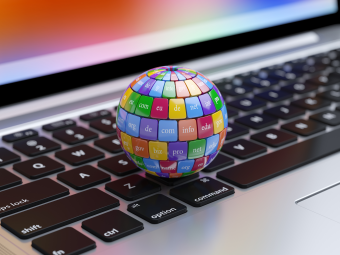 In 1983, Paul Mockapetris proposed a distributed database of internet name and address pairs, now known as the Domain Name System (DNS).  This is essentially a distributed “phone book” linking a domain’s name to its address, allowing you to type in something like todayifoundout.com instead of the IP address of the website.  The distributed version of this system allowed for a decentralized approach to this “phone book.” Previous to this, a central HOSTS.TXT file was maintained at Stanford Research Institute that then could be downloaded and used by other systems.  Even by 1983, this was becoming a problem to maintain, which ultimately led to the Domain Name System.

In these Wild West days of the internet when domain names first began to be registered for commercial use, with symbolics.com kicking things off when it was registered to Symbolics Computer Corp. on March 15, 1985, few people had any idea how big the internet was going to be in the coming decades. As a result, the value of domain names was underestimated to an almost comical degree. Examples of domain names that were snapped up in the halcyon days of the early 1990s by savvy internet denizens include Beer.com, (sold in 2004 for $7 million), Hotel.com (sold in 2011 for $11 million) and of course we’d be remiss if we didn’t mention Sex.com which was so highly sought after a guy engaged in an Ocean’s 11 style caper to steal it. He was successful and began earning millions per year running ads on the landing page for the site before ultimately being forced to flee to Mexico five years later when he was ordered to pay $67 million to the original owner, Gary Kremen, founder of Match.com. (Fun fact, Kremen stated he knew Match.com was a success when his girlfriend left him for a guy she met on Match.com…)

Companies in the early 1990s were often so ignorant of the internet as a whole, let alone its potential as a tool for advertising, sales and PR, that in the latter days of 1993 about half of all Fortune 500 companies had failed to even register their own name online. In fact, in October of 1993 there were only about 200 World Wide Web servers online, though other protocols for dealing with files on the internet, like Gopher and Wide Area Information Servers (WAIS) were relatively prevalent.

Companies started to cotton on to the value of domain names and the internet in the latter days of 1994 when a writer for Wired magazine called Joshua Quittner registered McDonalds.com and, in a fascinating time capsule of an article, jokingly mentioned he might try to sell McDonalds.com to Burger King.

Before registering the domain, Quittner repeatedly reached out to McDonald’s to politely inform them that the domain was available and they needed to grab it quickly before someone else did. At Quittner’s urging, Jane Hulbert of McDonald’s media relations discussed the matter with higher ups in the company. The result? Hulbert stated her superiors’ reaction to her queries about McDonald’s plans concerning the internet and the McDonald’s domain name was, “No one seems to know anything about [the internet]…”

As noted, Quittner ultimately decided to just register McDonalds.com himself, even though it wasn’t yet clear from a legal standpoint if this constituted trademark infringement or not, something that was at the time still being fleshed out in court. (He did ultimately give the domain to McDonald’s after the company agreed to provide free high-speed internet to a public school in Brooklyn.)

Quittner likewise reached out to Burger King encouraging them to register BurgerKing.com before someone else did. He stated Burger King’s initial response when he mentioned the internet was, “[Is that] some kind of information thing, like Prodigy?”

While many companies were certainly more aware of the value of domains after this exposé, examples of domain grabbing and corporate blundering continued to occur for many years afterwards, surprisingly, even by tech giants of the age.

This brings us to Windows2000.com. This was initially registered in 1996 by our hero of the hour, Bob Kerstein, who also at one time or another owned broadband.com, dividend.com, englishman.com, and streetmap.com, among numerous other prime domains.

To quote Kerstein himself, he intended Windows2000.com to be a “window to the world” and he stuffed it full of links to live camera feeds of various locations around the globe. Things changed in 1998 when Microsoft announced that their latest incarnation of their operating system was going to be called Windows 2000, not having bothered to actually look up if the domain was available or if the name was already trademarked.

Kerstein noted in a later interview that,

All of my friends told me I should sue them. In fact, I had several lawyers contact me to ask if they could represent me. I turned them all down, though. I’m not a litigious person and I wasn’t interested in the uphill battle that would be suing Microsoft. I was able to get in touch with someone at Microsoft and we basically agreed to not sue each other.

At the time, I formed an agreement with Microsoft. They used some of my content on their sites to help build their content brand. In exchange, they put a link back to my site that said “Windows 2000™”– my trademark.

However, Microsoft’s choice of name of their OS got Kerstein thinking and he soon realised his website was going to be, as he put it, “next to worthless” after the year 2000, but at present had great value to a certain multi-billion dollar company. Seeing an opportunity, he put the word out that he was looking to sell the domain. Naturally, Kerstein first let Microsoft know of his plans.

Instead of coming back with an offer, a Microsoft attorney sent Kerstein a threatening letter written in legalese that told him he couldn’t sell the domain because Windows 2000 was their trademark. Amused, Kerstein stated, “I called the attorney and asked him to visit Microsoft’s website. When he saw the ‘TM’ for my brand, he understood that I was well within my rights to sell the site.”

Not long after, he got a call back informing him that Microsoft was willing to make a generous offer to purchase the domain.

As per the agreement Kerstein signed with Microsoft, he’s not allowed to reveal what they paid him for Windows2000.com, but he has noted that “It was good, but not life changing” in interviews. Before signing the deal though, Kerstein, keen to take advantage of the once-in-a-lifetime opportunity of having a multi-billion dollar company against the wall, took a browse through the domain names Microsoft owned. This is when he noticed that they just so happened to own Bob.com. 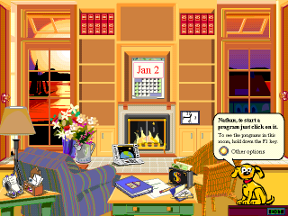 For anyone curious why Microsoft owned Bob.com, this was registered as part of an ill-fated multimedia campaign to promote an almost historically unsuccessful piece of software called Microsoft Bob. The software initially was conceived as a “more user friendly interface” to supplant the normal Windows Program Manager for novice users.

In essence, Microsoft Bob’s interface comprised of a virtual house with various rooms and items in the house which could be clicked on with different objects corresponding to certain applications. For instance, if you clicked on a calendar in the room, the calendar application would open; click on a pen and paper and a word processor opens up.

Bob also came with a built-in email client that allowed users to send an amazing 15 emails per month for a monthly fee of just $5 and then 45 cents for every email thereafter (maximum of 5,000 characters each)… (And if you’re curious, see Who Invented Email?)

Fully customisable, the interface allowed users to redecorate or even re-design the house layout. It also included cartoon characters to help users out, such as a peppy little puppy named Rover…

Needless to say, Microsoft Bob was a catastrophic failure and within only a half year of its debut was discontinued. PC World Magazine later named it the 7th worst tech product of all time and CNET went so far as to dub it the worst product of the 1990s.

But Microsoft Bob’s influence didn’t stop here.  The oft’ lamented Comic Sans font was created as a direct result of Bob. Microsoft designer Vincent Connare saw a beta of Bob, which used Times New Roman in speech bubbles. Not liking this at all, he was inspired to come up with a new font for Bob, drawing from lettering in the comics The Dark Knight Returns and Watchmen which he had in his office at the time. Comic Sans wasn’t finished in time for Microsoft Bob’s release, but it soon found its way into other Microsoft products, much to the chagrin of many.

In any event, as Microsoft wasn’t using Bob.com anymore and Kerstein’s first name is Bob, he told them that he’d happily sell Windows2000.com to them if, along with the agreed upon funds and a few other minor stipulations, they gave him Bob.com. They accepted.

Today, Bob.com is still fully functional with the tagline “On the net since 1996 and still going strong.” Fittingly, Bob seemingly hasn’t updated how the site looks since he took it over, lacking only a few more animated gifs and a page view counter to perfectly capture that quintessential late 1990’s website look and feel. Even more fittingly for a site that gives a little snapshot into the early days of the internet, he uses Bob.com to promote the sale of old stock and bond certificates, a business he started after encountering Confederate bonds and he began to “ponder the history behind the certificates. I realized the paper was part of the fabric of U.S. and financial history.”

As for Windows2000.com, it’s no longer active (other than showing an ad-based landing page) and, according to who.is, the domain itself doesn’t appear to be owned by Microsoft anymore.